An ancestral masks usually are worn on the head during ceremonies commemorating the dead family members. Masks of this type include both anthropomorphic and zoomorphic representations, the latter are showing animals such as buffaloes, apes, sheep, bats, and various species of birds. Elephant masks are included in this group only occasionally, as the elephant, like the leopard, is considered a royal animal. The image of an elephant occupies the second most important position after human masks. The elephant figure is the first to appear and the last to come down from the place where the masks dance. According with its status, the movements of the dancer in this mask are stately and slow. Beautiful elephant masks are worn horizontally on the head. Although the proportions of the head, ears, torso and tusks do not correspond to the natural model, the realistic tendency in the representation is striking. Bamileke people mainly use hood-shaped cotton masks decorated with glass beads that combine human features with the stylized features of an elephant. They are worn by members of the elephant community which is under the authority of the ruler.

The purchase of the masks collection was subsidized by the National Institute for Museums and Public Collections. 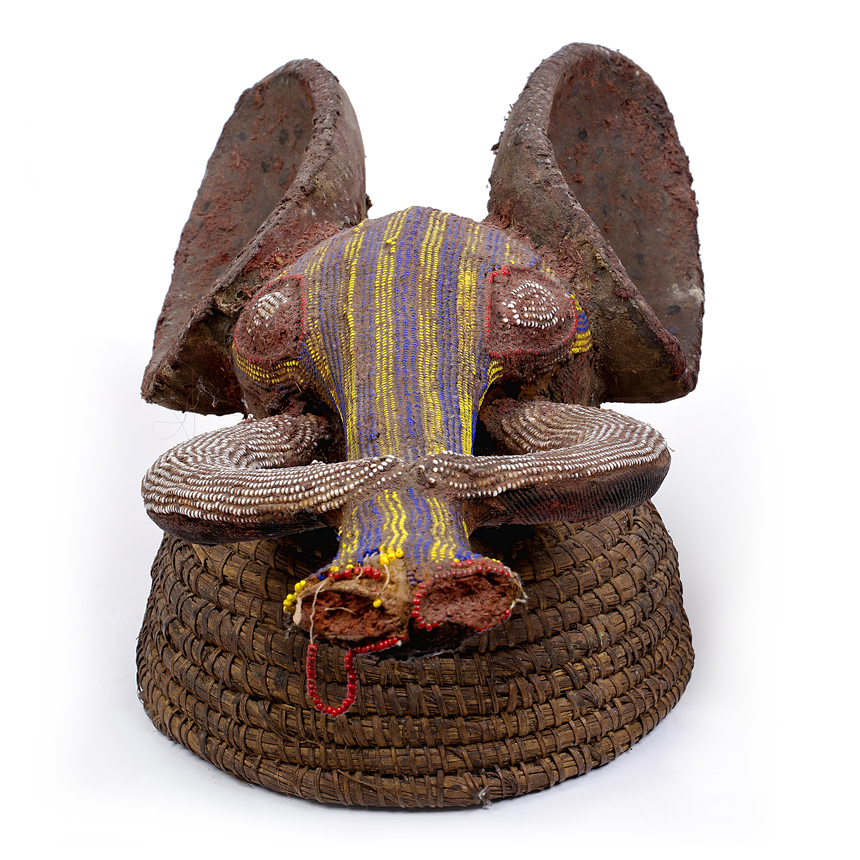 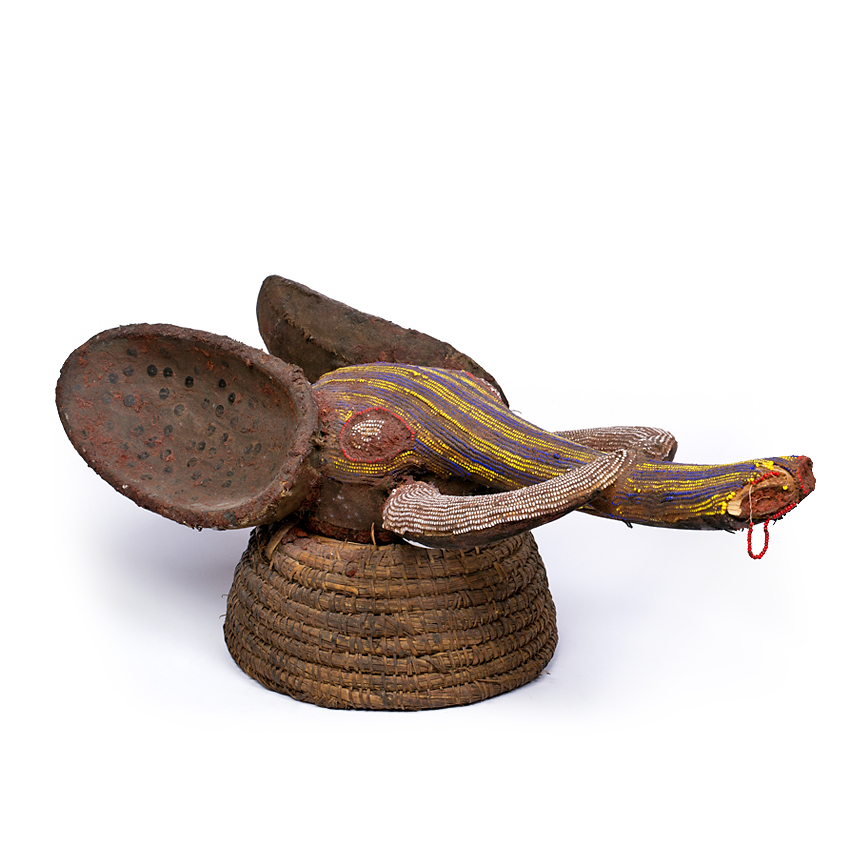 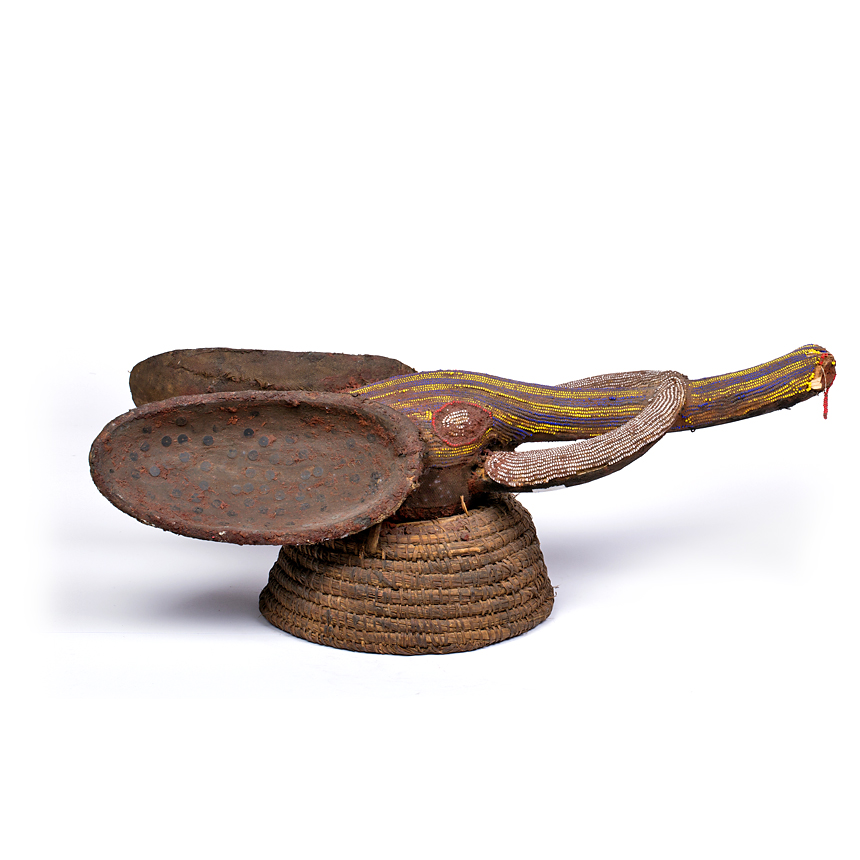 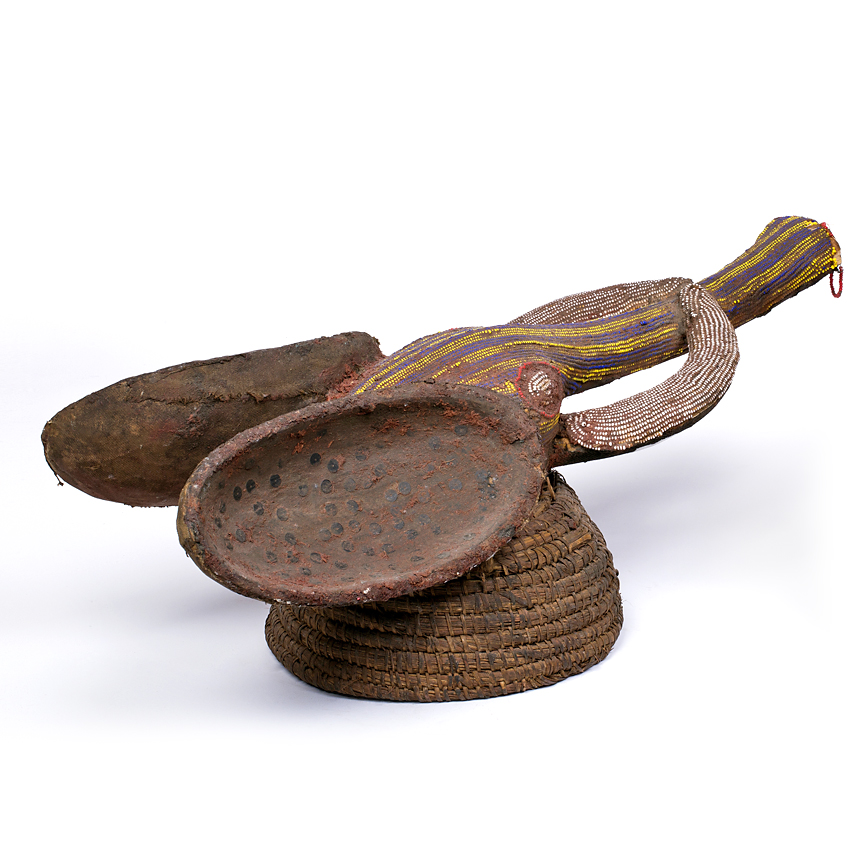 Pursuant to Art. 173 of the Act of Telecommunications Law we would like to inform you that by continuing to browse this webpage you agree to save on your computer the so-called cookies. Cookies enable us to store information on the webpage viewership. If you do not give your consent to saving them, change the settings of your browser. More about the privacy policy.